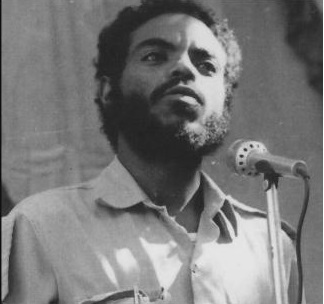 Meles Zenawi was born on 8th May 1955 at Adwa in northern Ethiopia.

He received elementary education at the Queen of Sheba Junior Secondary School and completed High School in 1972 at General Wingate School in Addis Ababa. He then joined the Medical Faculty of Addis Ababa University where he studied for two years.

Meles interrupted his studies in 1974 to join the Tigrai Peoples Liberation Front (TPLF). He was elected to the Leadership of the Leadership Committee of the TPLF in 1979 and to its Executive Committee in 1983. He had been chairman of both the TPLF and the Ethiopian Peoples Revolutionary Democratic Front (EPRDF) since 1989 to his death in August 2012. EPRDF is a political alliance of the four main political organisations in the country.

Upon the defeat of the military junta, Meles became president of the Transitional Government of Ethiopia and Chairman of the Council of Representatives (the legislative body of the transitional government) from 1991 to 1995. He was elected Prime Minister of the Federal Democratic Republic of Ethiopia in 1995 and re-elected  for three consecutive terms in the years 2000, 2005, 2010.

"He served as chairman of the Organization of the African Union from June 1995 until June 1996. He was co-chairman of the Global Coalition for Africa. He has also been actively involved in IGAD's efforts to end the conflicts in Sudan and Somalia, and Africa initiatives to seek a solution to the crises in Burundi. In 2004, he was appointed by UK Prime Minister Tony Blair as one of the Commissioners taking part in the Commission for Africa. Meles was the co-chairperson of the Beijing Summit of the Forum on China-Africa Cooperation (Nov.2006). Under his leadership, Ethiopia has become the Forum's co-chair country. Honorable Meles had also been representing Africa at the G8 and the G20 summits.  Honorable Meles , with the appointment of the African Union, had also lead an African Delegation to the Global Conference on Climate Change at Copenhagen in 2009. He was also appointed by the UN in February 2010,   as co-chair of the Advisory Group on Climate Change Financing, a new high-level U.N. advisory group on climate change financing.

The Prime Minister is married and is a father of three. His hobbies are reading, swimming and tennis.

Honorable Meles donated his $200,000 dollars, a financial prize given to him along with the the Green Revolution award by the Norwegian Yara Foundation in September 2005 to a foundation called "Fre—Addis Ethiopia Women Fund" (Fre-Addis Ethiopia Yesetoch Merja Mahiber).] The Fre-Addis Ethiopia Women Fund has an objective "to empower girls through providing educational opportunities" and it currently supports 514 needy and orphan rural girls to pursue their education throughout the country.